The Mad Men of Montreal

A profile by Jean-Benoît Nadeau in  McGill News Alumni Magazine. 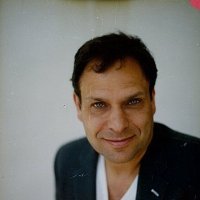 Bertrand Cesvet, from his LinkedIn page.

It was a classic David and Goliath moment. Bertrand Cesvet, BA’86, MBA’88, was visiting Adidas headquarters in 2008, there to court the multi-billion-dollar sportswear company on behalf of Sid Lee, a small Montreal ad agency. When he spotted who he was competing against, Cesvet realized that he had definitely entered the big leagues of international advertising.

He found himself face-to-face with Lee Clow, one of the great admen of the 20th century, and the global director of media arts at TBWA\Worldwide, one of the world’s largest agencies. A few hours later, Cesvet and Sid Lee had won the account.

Next post Non-fiction Book Proposal Writing Seminar: "The Pitch of Your Life"