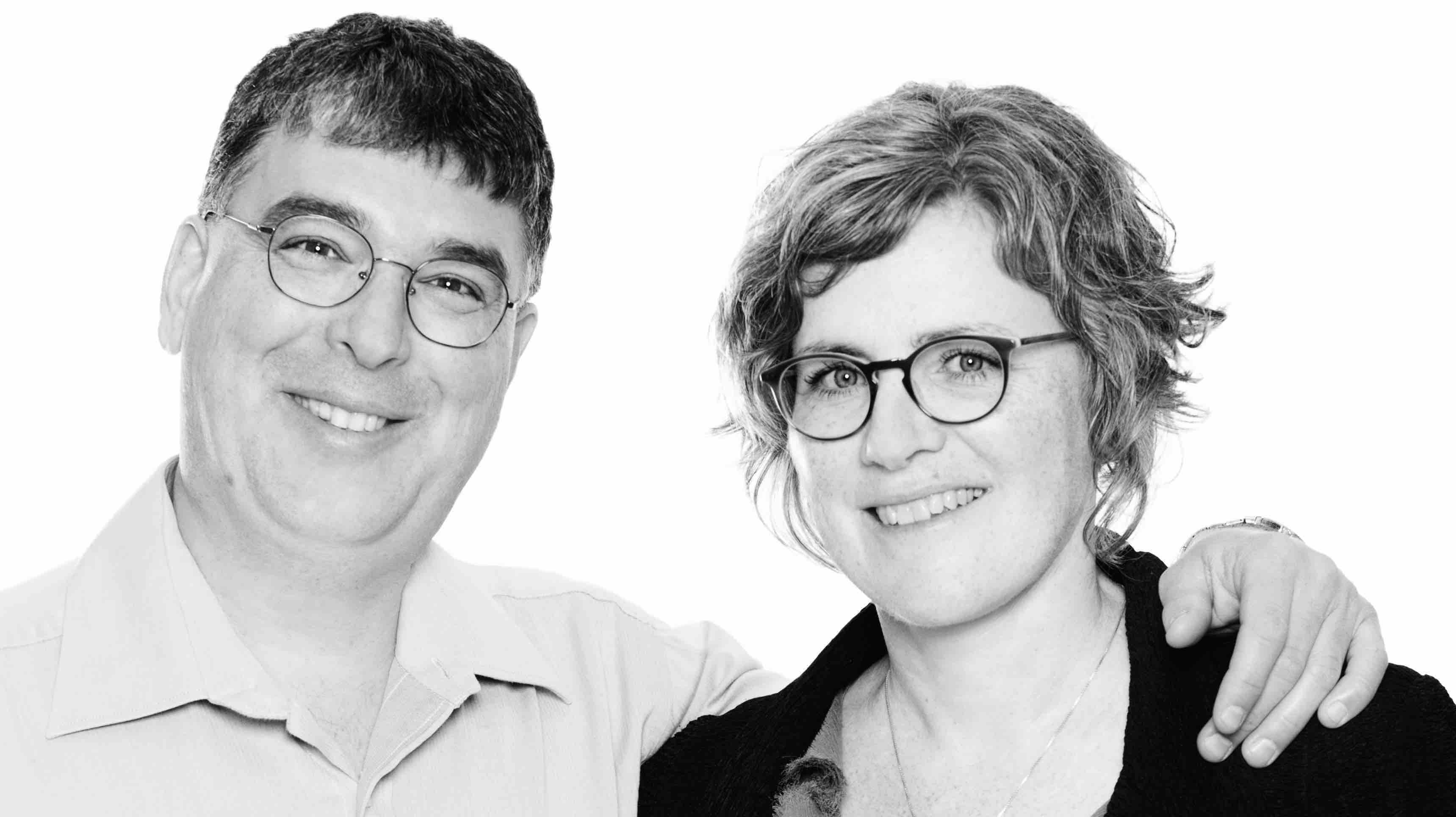 Julie Barlow grew up in Ancaster, Ontario, and Jean-Benoît Nadeau in Sherbrooke, Quebec. The couple met in the late 80s at McGill University in Montreal, where they set out to master the other’s mother tongue. After graduating, both worked as freelance journalists, published widely in Canada’s national magazines in English and French…and then got married.

In 1999, the couple moved to France, where they wrote Sixty Million Frenchmen Can’t Be Wrong, published in 2003. The Daily Telegraph  said the book “should be handed out at Calais and Charles de Gaulle airport to anyone hoping to get a grip on France.” Praised in The New York Times, The Wall Street Journal, The Globe and Mail and 60 other media, the book went on to become an international bestseller in North America, Europe and Asia.

Barlow and Nadeau then travelled the French-speaking world to research their next book, a popular history of the French language as it is spoken across the planet. Published in 2006, the Montreal Gazette called The Story of French “a mind-altering experience.” Translated into French and Japanese, it won the 2007 Mavis Gallant Award for Nonfiction. The French adaption, Le Français quelle histoire! won France’s 2011 Prix La Renaissance Française. This book also inspired a two-hour documentary which was aired on France Culture in July 2014.

The couple’s next move was to Phoenix, Arizona, where they explored the growth of the Spanish language in the United States. In 2013 they published The Story of Spanish, a popular history of Spanish as it’s spoken on two continents. The Los Angeles Times praised it as “…and engaging new nonfiction book” and “a rich history of the language.” Maclean’s magazine and The Economist both wrote articles about it.

In 2013-2014, they spent a year in Paris to research and write their new book on the French, The Bonjour Effect: The Secret Codes of French Conversation Revealed (St. Martin’s Press, 2016). This book explores how the French talk – about small things and big issues, about themselves and the world.

Nadeau and Barlow have spoken to audiences across Canada, the U.S., in Europe and Japan. Their work has appeared in The New York Times, USA Today, The International Herald Tribune, France’s L’Express, the Courrier international and more. Together and separately, they have published 10 books, written over 1000 articles, and won more than 30 journalism and literary awards.

Avid travellers, Barlow and Nadeau lived in Paris, where Nadeau was a fellow of the Washington-based Institute for Current World Affairs, Toronto, and Phoenix Arizona, where Barlow was a Fulbright Scholar at Arizona State University. Nadeau and Barlow are regular contributors to Canada’s main national public affairs magazine L’actualité.

Trilingual in English, French and Spanish, the couple is based in Montreal, where they live with their twin daughters.