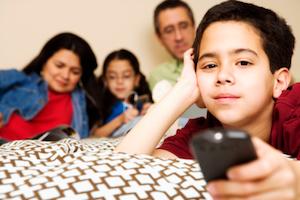 Fascinating article in MediaPost.com about how TV networks are scrambling to put together English-language programming for assimilated Latinos.

It should come as no surprise that even “assimilated” (non Spanish-speaking) Hispanics want to be able to watch telenovelas. Hundreds of millions of people all over the world watch telenovelas from Mexico, Colombia, Argentina and Brazil, dubbed in their native languages. Telenovelas are shown across Africa, Asia, and Europe, and are wildly popular in places as unlikely as Croatia and Greece.

Why do people love them so much? Simply put, they are pure escapism: far-fetched, tear-jerking stories played out by beautiful actors, in beautiful settings.  Many U.S. Hispanics were exposed to these irresistible and addictive TV series early in life. It’s no wonder they want to be able to watch them in English!

Read the article from MediaPost.com »

Next post Remembering the Other 9-11: The Coup Against Allende

Previous post From Paper to Paycheck: What Every Writer Needs to Know About Marketing