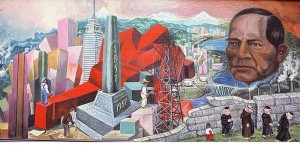 Next post Jean-Benoît Nadeau at the European Parliament in Brussels