The Francophonie in Ten Words 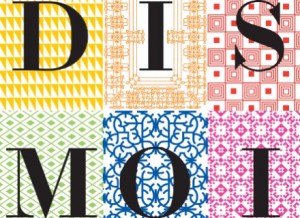 The French love to underline events with little glossaries of words. In honour of the International Week of the Francophonie, March 20, we’ve taken a shot at French art of the lexique: The Francophonie in Ten Words:

1. Réseauter: Réseau is French verb for “network”. Now it’s used as a verb, like in English. Networks are what link the francophone world together.

3. Francosphère: Speaking of the French-speaking world…it’s really a universe. French is the official language in 36 countries, but the Organisation international de la Francophonie has 56 members. The Agence universitaire de la Francophone has 90 member countries. There are Alliance françaises, French lycées and collèges in 135 countries, and more than 200 countries get TV5Monde.

4. Nineteen-Sixty: The number of Francophones in the world has tripled in the last 60 years to reach 225 million. This is mostly because former French and Belgian colonies chose French as their official language after decolonization in 1960.

5. Airbus: Languages don’t spread because they’re beautiful but because they’re useful and necessary. If French has remained an important international language (and it has), it’s because it’s a language of ideas, of industry, science, business and diplomacy

6. Goncourt: The French language as we know it was largely built by writers. For the last 24 years, one-fifth of the winners of the prestigious French literary prize, le Goncourt, didn’t speak French as a mother tongue – like three-quarters of the French-speakers on the planet, for that matter.

7. Purism: It’s the central ideology of francophones. From Limoilou to Timbuktu, and from Sudbury to New Caledonia, French speakers share the idea that somewhere out there, there is a “pure” French that ever speaker must strive to master.

8. Franqus: It’s the name of the dictionary the University of Sherbrooke is producing which will be the first dictionary to define proper Quebec French. For the first time, the French language will be described by Quebeckers, not Parisians.

9. Kinshasa: The capital of the Democratic Republic of the Congo is the world’s biggest French-speaking city after Paris…and before Montreal.

10. Lieutenante: In Paris, the lieutenante (with an “e”) is the WIFE of the lieutenant! If a lieutenant happens to be a women, they call her “Madame le lieutenant”! Since Quebec decided to feminize titles in 1979, Belgium and Switzerland have followed in its footsteps. The French are debating the question, proof that there are MANY ways to speak good French….

So, what are your ten words?

Next post Why is Benito Júarez Important to Mexicans?