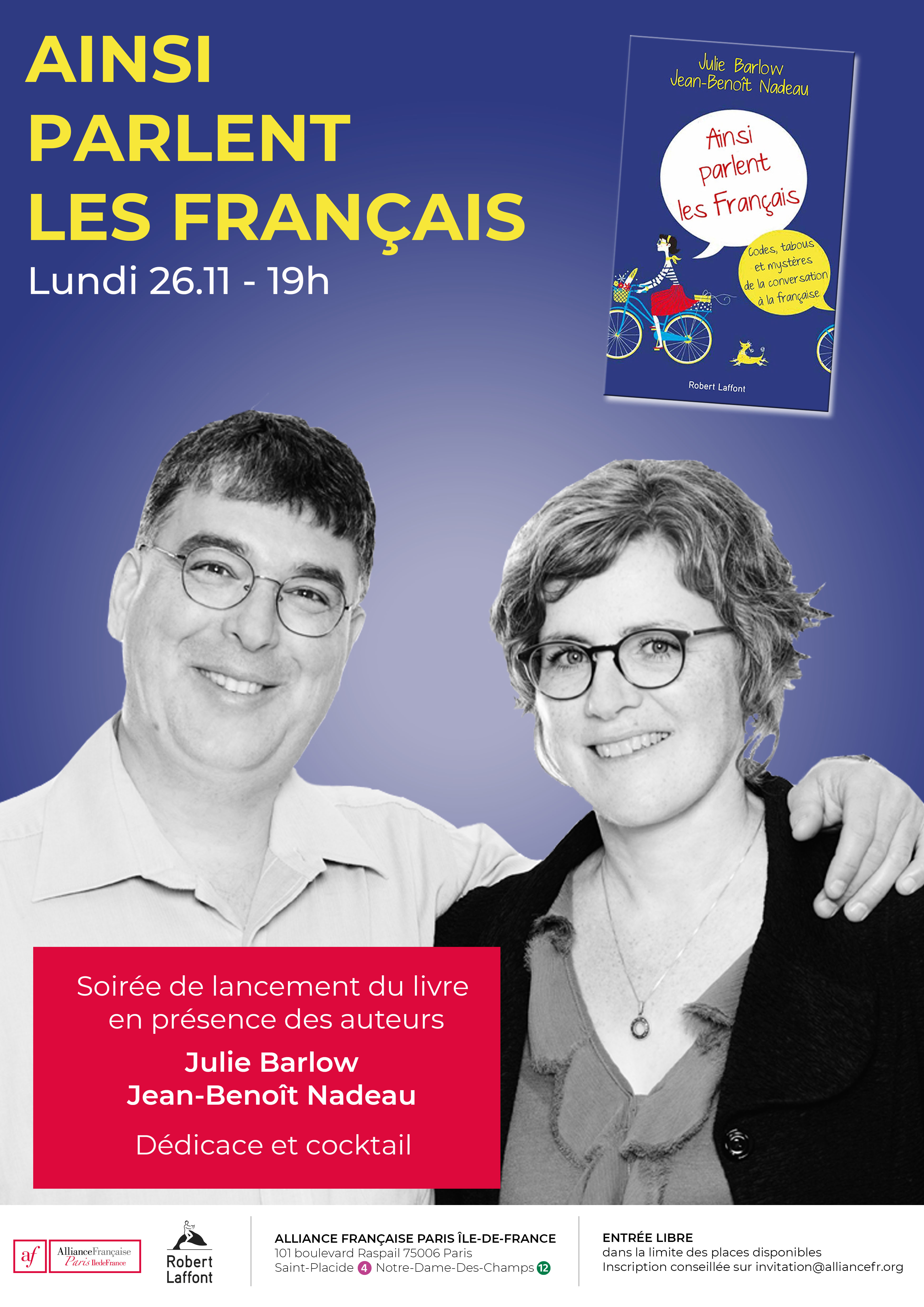 I'm reading your book "Sixty Million Frenchmen Can't Be Wrong". It's an interesting observation into the mindset of the French citizens.

At this point it's about 17 years old and I was wondering if you still believe these behaviors are still as strong today as they were at the time of your writing or have things begun to shift as the younger generations begins to be more influenced by the internet and the exposure to other countries? For example, English seems to becoming a "cool" language for the younger generations and their apparent love of NYC and Brooklyn.

Nadeau Barlow shared a post.miércoles, febrero 12th, 2020 at 5:26am
And here's another interview with Daniel Dorian, of Radio-Canada.

Nadeau Barlowmiércoles, febrero 12th, 2020 at 5:25am
A series of impressive interviews by Kirk Douglas, who spoke excellent French - and much better than half the Canadian MPs in Ottawa.

Nadeau Barlowviernes, enero 31st, 2020 at 5:23am
Way to go France. In Quebec, our liquor board can't even figure out how to collect wine bottles yet. Seriously!

Landmark French law will stop unsold goods being thrown away
Companies to be banned from throwing away unsold clothes, cosmetics and other items
theguardian.com
2    Ver en Facebook

Nadeau Barlowjueves, enero 23rd, 2020 at 9:31am
Graham Fraser sets critics straight on why party leaders In Canada need to be bilingual: "These are not language criteria; they are leadership criteria."

Opinion: Want to be a federal leader in Canada? Speak both official languages
In Canadian politics, there is a word for political leadership candidates and political leaders who are not bilingual: perdant
theglobeandmail.com
6    Ver en Facebook