Intercomprehension: A New Way of Learning 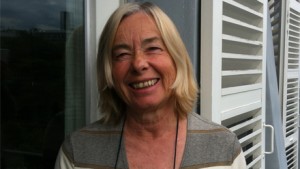 Françoise Ploquin is the president of L’Association pour la promotion de l’intercompréhension (APIC) (The Association for the Promotion of Intercomprehension). According to Ploquin it is possible to read an Italian newspaper or listen to a song in Spanish without having to speak those languages because of intercomprehension.

Ploquin discovered this method 15 years earlier while she was editor in chief of Le français dans le monde (French in the World), a magazine targeting French instructors.

Interestingly, Claire-Blanche Benveniste, a linguist from the University of Aix-en-Provence, experimented with intercomprehension with French, Italian, Spanish and Portuguese non-linguist students. She observed that within forty hours, the students were able to read in the three other languages.

Jean-Benoît Nadeau : How does intercomprehension work?

Françoise Ploquin: The workshop begins by having you read an article from a newspaper. There is no need to waste time on trivial text; we start with what is useful, with something that would interest any adult, like the news. And then, some explications on the technique are required, followed by some practice. Even for those who are at first hesitant, by the third session we notice that they become more open to the method when they realize just how much they could get out of it.  Language learning is divided into four major skills, comprehension: listening and reading, and producing: speaking and writing.  Normally language courses tackle all four at once and the average person can reach a proficient level within 600 hours. However, in only 50 hours, we can progress even further by starting with the simplest skill: reading comprehension. That is because we can learn at our own pace, there are no accents in the way.

Hence, it’s about scrambling to figure out how to unscramble the text.

Yes, because the reader first has to approach the text from the language or languages he already knows. People approach languages in a way that is generally accepted; however we can actually be more effective by first working on comprehension. There is even a useful textbook, Eurom5, that features a series of texts along with notes and grammar comparison.

Does intercomprehension work for all languages?

It works within a family of related languages. For French, it’s the Latin languages. There is a Germanic language family, Slavic, etc. If you know English well, you can use the same approach for the Germanic family, and so on.

In that case, wouldn’t intercomprehension be one of the best arguments for the promotion of the French language?

Yes, because the French instruction infrastructure is highly developed and prevalent everywhere in the world. We can say to a Japanese person, a Turk or an American that learning French is a gateway to being able to communicate with 800-900 million Francophone, Lusophone, Hispanic and Italian speakers. Learning French is no longer just an end, but rather a means to an end.

And with intercomprehension, can we go from reading, to listening, to eventually begin producing (speaking and writing)?

It’s a bit more work, but yes. It always saddens me to see French and Spanish speakers speak English to each other, when their national languages are so close. It wouldn’t take much effort for them to each speak in their native language while understanding each other. The advantage of intercomprehension is that everyone is at a level playing field.

No, they are not all sold on the idea of learning how to figure out an approximate meaning of something. But we can understand a language without necessarily speaking it. Pedagogically, intercomprehension has several advantages, including allowing students to read text in its original language. Intercomprehension is a fantastic reflection on language because it requires each participant’s personal knowledge. In Catalan, a box is a capsa, which brings to mind the French word capsule. In Romanian, to kill is ucider, which is reminiscent of the French words occire or trucider (slay or knock off). Intercomprehension might be challenging, but it is very rewarding.

Next post The 800th Anniversary of the Battle of Las Navas