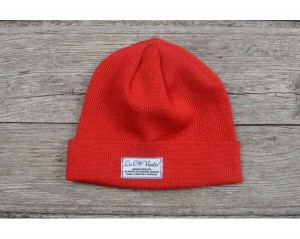 The “red cap” protests in Brittany are just the most visible sign of discontent in France. With less than 20% support from his electorate, French President François Hollande is now beating all records of unpopularity of a French president.

Since we arrived in September, we’ve been trying to find the right word for the spirit of defiance that seems to be spreading through the country daily. One expert called France’s present political climate “pre-revolutionary.” But that’s not exactly it.

The precise term for what’s happening in France right now is a French word: fronde.

Fronde does not translate as revolution. Revolutions are violent rejections of a political system. The French aren’t doing that. Fronde is a general revolt. The French are revolting against their institutions, against the authorities. They want action.

The other term key to understanding what’s going on in France is ras-le-bol. Literally translated, it means “a bowl-full”, but the sense is “can’t take it anymore.”

In an interview on August 20, French Finance Minister Pierre Moscovici coined an expression that the French media are still talking about today: “ras-le-bol fiscal”, or “fiscal fed-up-ness.” But beyond acknowledging their discontent, the government is not doing much to improve the mood of the French.

In September, François Hollande promised to reduce taxes. The next day, Prime Minister Jean-Marc Ayrault contradicted him and announced that the government had no choice but to increase taxes.

When the French received their annual tax bill on September 15, everyone had to pay more. For the first time, even some several million French who never pay taxes had to fork out 300 or 400 euros. Some taxpayers saw their bill increase 1500, or 2000 or even 2500 euros.

The “red cap” revolts in Brittany started in mid-October, originally in response to company closures in Brittany. But they quickly changed focus to protest the roughly 50 tax increases the French government introduced in 2013.

The New Year is not looking too bright for François Hollande.

Next blog: The French are up in arms over changes to the School Week.