Published in The Wall Street Journal

Cinco is as American as apple pie. So is the U.S. Hispanic melting pot? 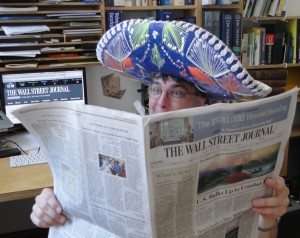 Exactly how Cinco de Mayo turned into the signature celebration of the United States’ 52 million Hispanics is a bit of a mystery—especially since it is hardly celebrated in Mexico outside of the State of Puebla. Cinco de Mayo has no association with Mexican independence. It commemorates a battle on May 5, 1862, in which the Mexican army vanquished the well-equipped French forces of Napoleon III.

No one knows exactly why Hispanics in California began celebrating Cinco de Mayo at the end of the 1860s. Nor does anyone understand why, a century later, the Chicano movement picked it up as an expression of their demands for civil rights—although that association did make the celebration even more truly American. Read the whole article »