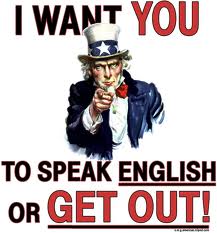 Worse than just pushing a bill that is legally questionable, the English-only movement is woefully ignorant of one key phenomenon: Spanish is big business in the United States. The U.S. is a rising Hispanic power.

The United States’ Hispanic community of roughly 50 million makes the United States the fourth largest Spanish-speaking “nation” in the world. And its influence and clout are growing. Miami is now competing with Mexico City as the new center of the Spanish-language entertainment business.

For that matter, every large U.S. company is looking for ways to reach the growing Spanish-language market. The reason is simple: the income of Hispanics is growing faster than that of any other group. In fact, the overall per capita wealth of Hispanics in the United States is superior to that of the Spanish!

Americans know speaking Spanish gives them an edge, and not just because of the increasing wealth of U.S. Hispanics. In Arizona, most people are conscious that Spanish is part of the fabric of their society, and know that being able to communicate with Spanish-speakers gives them an edge on the job market. Communicating in Spanish just makes everything run more smoothly – whether you are a teacher, a social worker, a restaurant manager or a firefighter.

Americans, Hispanic or not, are starting to see what Spaniards, Argentines, Mexicans and Colombians saw long ago: that the Spanish language is a valuable asset in itself. That is certainly why 6.4 million Americans are learning Spanish at the moment and an estimated 15-20 million already speak it as a second language.

Instead of chasing out Spanish speakers, the English-only movement should look for ways to cash in on a valuable asset.

More stories on Spanish in the United States can be found in our new book, The Story of Spanish, to be released May 2013 (St. Martin’s Press).

Next post Viva Florida 500: The Anniversary of Arriving in America