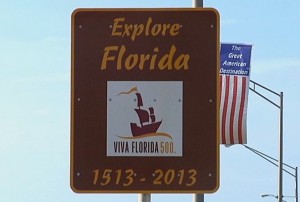 This week, Floridians celebrate the 500th anniversary of Juan Ponce de León’s landing in Florida on Easter day, April 2, 1513. This event, which kickoffs the European presence in North America, is also the first event of the so-called “forgotten century” of American history. Throughout the 16th century (and until the 19th century), the United States-to-be were explored and settled by Spaniards and Mexicans, who left a profound mark on the United States’ geography and culture.

Read more about the Hispanic heritage in the United States »

Next post Should Spanish Replace French as a UN Working Language?

Previous post Jean-Benoît Nadeau at the European Parliament in Brussels